By Stephen Mullette a Principal of Matthews Folbigg, in our Insolvency, Restructuring and Debt Recovery Group.

A trustee in bankruptcy has used section 134(4) of the Bankruptcy Act to obtain protection from the court in respect of a proposed distribution to creditors, in circumstances where the bankrupt had not provided a statement of affairs (or at least any adequate one).

The bankrupt argued that the trustee should have used section 146 of the Act, which allows the trustee to apply for leave of the court to make a distribution where the bankrupt had not filed a statement of affairs.

The trustee was successful in submitting that there was a danger that section 146 would not be available to him in any application because the bankrupt had in fact filed a statement of affairs, even though:

The trustee therefore submitted to the court that there was a risk that the court, on application under section 146, may not be satisfied, in the terms of section 146, that the bankrupt had “failed to file a statement of his or her affairs as required by this Act”.

The court was therefore prepared to make directions that the trustee was justified in distributing the balance of the estate of the Bankrupt in accordance with a schedule of the:

Costs of the trustee to complete the matter.

If you would like more information or advice in relation to insolvency, restructuring or debt recovery law, contact Stephen Mullette a Principal of the Matthews Folbigg Insolvency,  Restructuring & Debt Recovery Group: 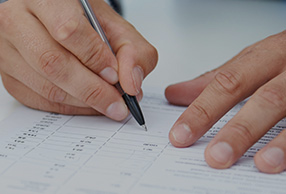